Your PhD has given you the perfect tool set to start a high-tech company, and it’s nothing to do with your technical skill, says Mark Hammond.

In stark contrast to the proliferation of web based start-ups led by young founders, science based start-ups have typically remained the domain of seasoned professors, spinning out breakthrough technology built on years of research. This is changing rapidly, and it’s now more viable than ever to start a science based company straight out of a PhD. In fact, it might just be one of the most sensible career paths that you can take.

As I neared the end of my PhD and realised that academia wasn’t for me, and R&D jobs in neuroscience were near non-existent, I became extremely disillusioned. Compared to my peers I was now four years behind with little if any real world ‘business’ skills. At the time this came as a shock, but I now know just how common this feeling is.

I applied for a job at Imperial Innovations which builds companies around academic technology, mainly because this seemed like a good bridge between the two worlds I was interested in. Reporting directly to Tony Hickson, Managing Director of Technology Transfer, this was a real case of being chucked in at the deep end, but within the first couple of months I learnt something surprising; start-ups aren’t normal functioning businesses at all. They’re searches for something that might work, and that is something I did know a little bit about.

Start-ups require incredible determination and endurance, the creativity to think about things beyond current knowledge, to build empathy with other stakeholders, the ability to tell a good story, the ability to excel at something that virtually no one else does, and finally the discipline to take an iterative, hypothesis-led approach. Yes, start-ups require almost exactly the same skills as science. If you’re not convinced, read this post by Lenny Teytelman of Indie Bio which describes his gradual realization of just how perfectly placed he was to found protocols.io.

So what happens when you do find something that works and it becomes a proper business? You learn, adapt and build the team with the right skills around you. 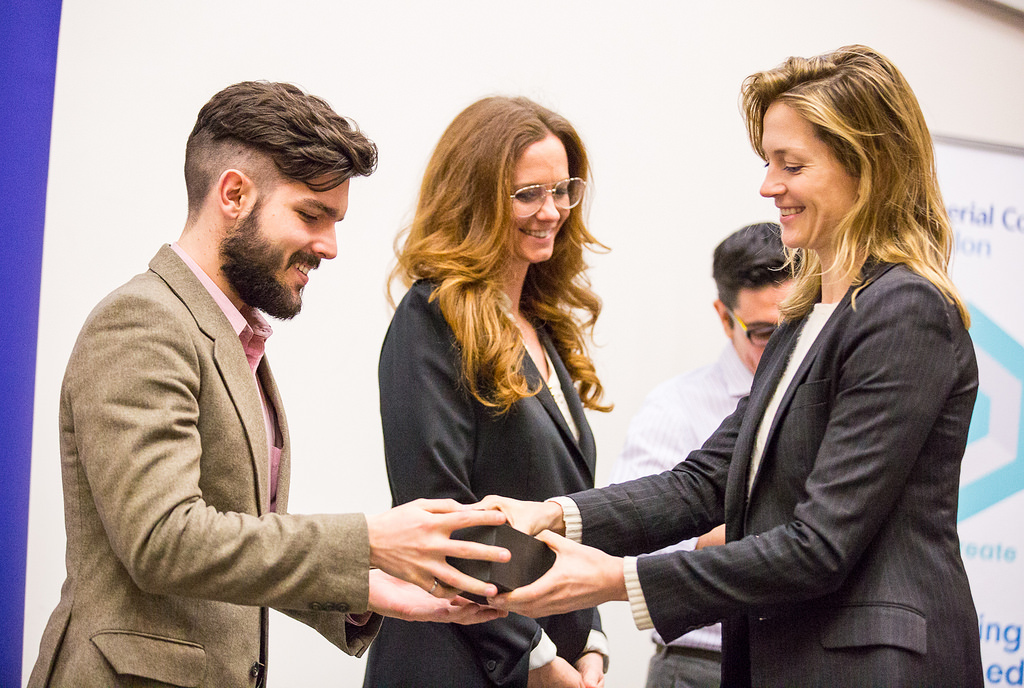 The cost of science-based companies is trending to zero

A combination of Moore’s law and cloud computing has meant that computational costs have become marginal. This has opened the door for anyone to test out ideas for software. Science, however, remains expensive. This is also about to change as experiments become automated by a combination of AI and data-driven approaches alongside robotic platforms such as Transcriptic and SynbiCITE. Even animal labs are emerging in the cloud.

There are a huge number of grants to get you started

What about your living costs and the times that you still really need to be hands on in your own lab? This is where translation grants have come to the rescue. In the UK virtually all of the research councils (BBSRC, EPSRC and Wellcome, NIHR) and most of the Royal Academies (RAEng, RSC) provide grants as well as the Government (Innovate UK). Science Mag provides a huge list of US grant options including translational grants, and the Horizon 2020 and Knowledge and innovation Centres (KICs) are key in the EU. These are an incredible resource that let you stay in your lab and explore potential ideas. And the amount of grant funding can be significant – in the pre-accelerator at Imperial College the average grant funding came in at £250k with several exceeding £1m.

Even five years ago it was incredibly hard to get funding for science-based ventures. Now, the most successful investors are increasingly coming to the realisation that searching for the low hanging fruit in web-tech is nearing the point of diminishing returns. Meanwhile, hard tech and hybrid digital science has the potential to solve the many huge opportunities which remain. A16Z, Horizon Ventures, Breakout Labs, FlagShip ventures, YCombinator, Imperial Innovations and a host of corporate funds such as J&J Innovation Labs and SR One (GSK) are all worth a mention, but this is by no means an exhaustive list.

The other piece of the puzzle is knowledge; entrepreneurial, industrial and technical. There’s nothing quite like learning from your own mistakes, but avoiding mistakes has never been easier by learning from the plethora of blogs, podcasts and Massive Open Online Courses (MOOCs – see Udacity’s course on building lean start-ups, for example), or simply getting in touch with entrepreneurs in the same field. Scientific knowledge is increasingly open sourced and even the best software frameworks are given away for free (e.g. Tensor Flow). Even industry is now much more open, as companies are increasingly keen to find the innovation that isn’t happening within their own walls.

There are now shortcuts to surrounding yourself with the necessary expertise, getting access to potential customers, and getting enough money to try things out on the start-up scene. This includes full time ground-up venture creation programmes like Deep Science Ventures which helps UK-based scientists and engineers find likeminded co-founders and hidden opportunities that match their interests and skillset, in order to build high-tech start-ups from scratch; competitions like Hello Tomorrow or Mass Challenge; and programmes like Thiel fellowships (US), Oxbridge Biotech Roundtable (Global), and Indie Bio (San Francisco and Ireland).

It’s probably the lowest risk option you have

Starting a high-tech company is probably the hardest thing you can do: the learning curve is incredibly steep, and that should be expected from one of the few ways you can really focus on the science and make a huge impact on the world.

We all know start-ups are highly likely to fail, so saying this route is low risk sounds contradictory. But bear with me. According to the Start-up Genome Report 92% of high-tech start-ups fail. The report is worth a read because many of the reasons that companies fail are largely avoidable; it’s rarely that the tech is too tough to build. If you can get as far as investment this number falls to around 40%, and your chance of making it big within that sits at around 10% (Pitchbook). This adds up to a 0.48% success rate overall. Interestingly, this is the same proportion of PhD students that reach professorship. For more tips on how to avoid common traps, it’s worth a read of the summary of our recent talk on how NOT to start a science start-up.

That clearly sounds dismal, but it doesn’t matter – as long as you can cover your costs while you try then your upside is nearly unlimited, whilst your downside is virtually non-existent. The strange thing is that even if you fail it makes you far more employable at a wider range of existing companies (because of the skills and experience gained), and this is increasingly the case as corporate jobs become more growth-led than process-orientated. 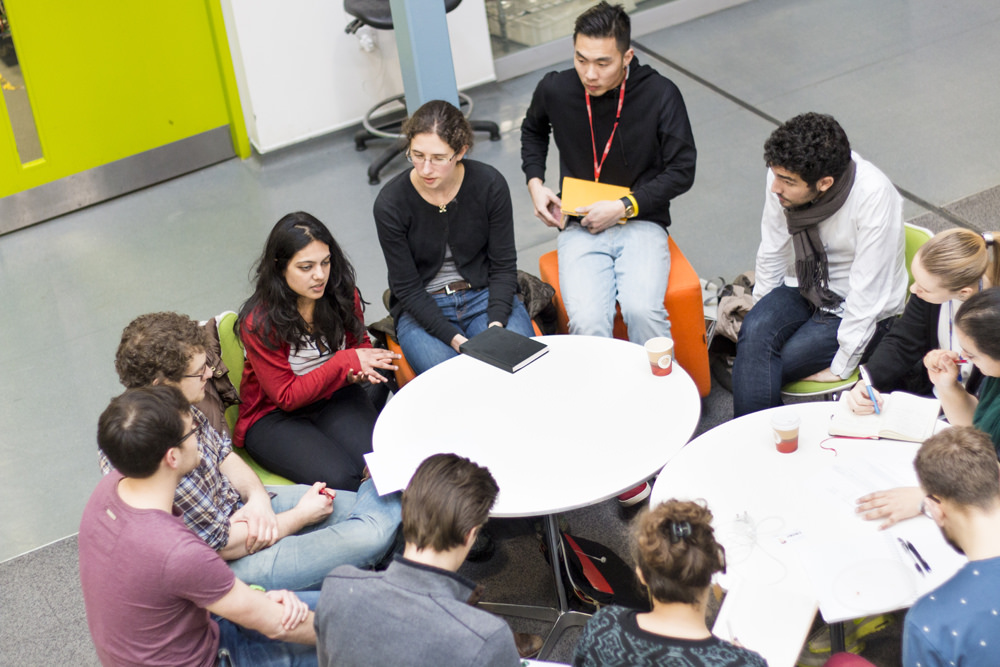 We’ve seen failed start-ups enrich a career over and over again; Kevin Cuturi was a former colleague at Imperial Innovations. After a year as an intern, and inspired by the companies he was working with, he left to start a content aggregation app; it was based on impressive technology but never quite found the right use case.

After a year he stopped pursuing the idea and walked straight in to a role reporting to the head of technology strategy at Amazon. Likewise, James Gollings attempted to turn his master’s project (an at-home filter for removing the lactose from milk) into a company. The science worked, but the economics didn’t stack up against mass-produced lacto-free milk. He took that experience and went on to get a job at one of the world’s leading consultancies.

It’s not just commercial jobs that get excited if they see you’ve tried your hand at start-ups: we’ve worked with several postdocs who found it was just the boost they needed to move on to tenured positions. One of the best examples is Will McAskill who went to YCombinator with a PhD and came back to become Oxford University’s youngest ever professor at the age 28.

If you compare this to the rapid disappearance of technical industry jobs or the fight to get to the top of academia it’s clear that, if you have the right mindset, starting something could be one of the best career moves you can make. 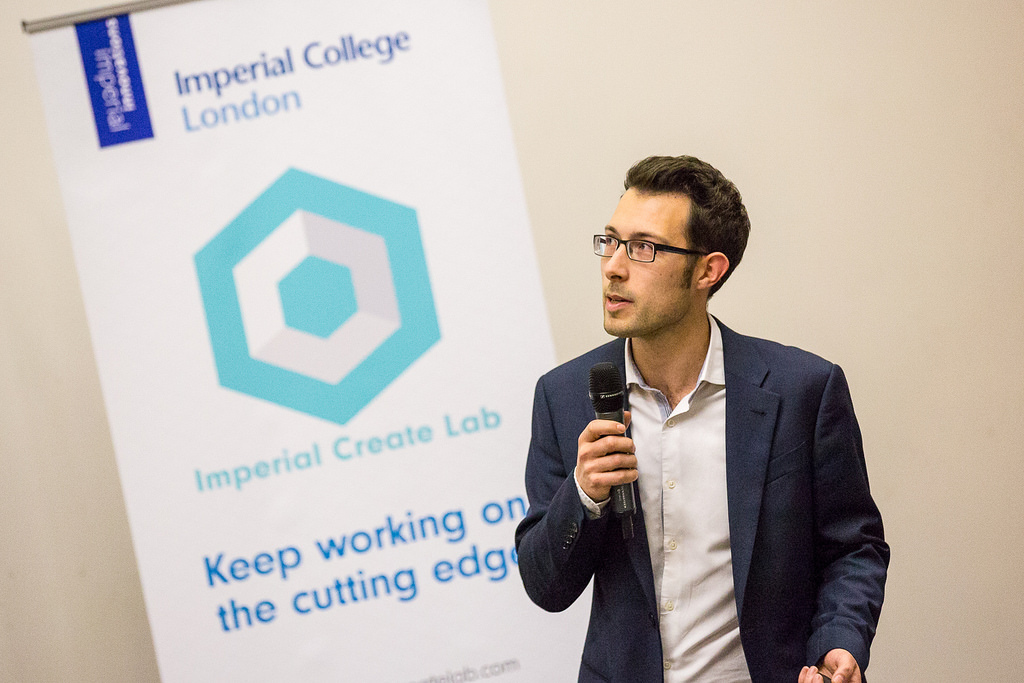 Dr. Mark Hammond is one of the founders of Deep Science Ventures, a fully funded six-month program designed to turn scientists in to founders. He previously spent eight years working with academics to launch, grow and sell high tech companies after completing a PhD in neuroscience and a short stint in a boutique investment firm.